Because airsoft guns have an uncanny resemblance to real firearms, there are numerous regulations fixed in place to guard the use of these products. They need to be easily distinguishable from real guns and they need to be used very safely. Chief amongst these laws are age restrictions that different countries put to limit who can purchase and handle airsoft weapons in different circumstances. When it comes to how old one has to be to play airsoft, the rules change according to location. Since there is no simple answer, we will analyze this question in stages and share the laws governing this topic in the United States.

Is There A Minimum Age For Airsoft?

Technically, there is no minimum age requirement for playing airsoft. We say technically because different rules apply in different parts of the world. In the United States, every state has its laws and restrictions on the purchase and use of airsoft guns. Even within a state, you will have to check with local authorities to be sure what rules apply. We’re going to elaborate on some of these rules later on. The use of airsoft guns has been completely banned in some countries. If you’re in Honduras, Australia, North Korea, or Singapore, you cannot purchase or use airsoft guns no matter what age you are.

With these glaring differences, it is safe to say that the rules for airsoft will depend on what country you’re in. You must check what the law dictates for every territory you’re in. some countries are more flexible than others while a few countries will not have any part of airsoft activity within their borders.

The Recommended Age For Airsoft

Although there isn’t a set minimum age for playing airsoft, we think the best age to start is 15 to 16 years. Nevertheless, kids aged 12-13 years can also be considered for this sport. According to human development professionals, a 12-year-old never wants to be labeled as a preteen. Kids in the 12-13 age bracket tend to emulate teenagers and young adults more. They do everything they can to be very responsible so they can be trusted with serious responsibilities. This can include owning and playing with an airsoft gun. With the right parental supervision, your 12 year old can handle an airsoft gun very well and even play on the field when local joints allow.

Wherever you live, and whatever age your child is, you must ensure that they learn and adhere to strict safety rules and protocols. Airsoft can be a dangerous sport because guns can cause serious damage to soft tissue and bones. To make sure your child does not injure himself or someone else around him, it’s best not to let them handle airsoft weapons until you are certain they will follow the rules, and even then, they should never do so unsupervised.

The Legal Side: American Airsoft Laws

In many countries, purchasing and using an airsoft gun is illegal for those under 18 years of age. However, these laws are more relaxed in the United States. In most states, people cannot legally purchase airsoft guns if they are under 18 but they may be allowed to shoot these guns in a designated environment and with adult supervision. In states like Maine, Mississippi, Nebraska, Texas, Vermont, and Virginia, airsoft guns are not considered firearms and do not have an age restriction for purchase or use. You have to be 13 years or older to buy an airsoft gun in Illinois and you must restrict shooting to ranges or private property. In New York and North Carolina, children under 12 cannot own an airsoft gun but they are permitted to play the game under the supervision of adults.

Although airsoft guns are legal in many states in the United States, some localities still prohibit use. The use of airsoft guns has been prohibited in Arkansas, Chicago, some areas in Michigan, New York City Metro, and Sn Francisco. To always be on the right side of the law, make sure to check the state and local laws of the state and local district you’re in before you purchase or shoot an airsoft gun.

Why You Should Allow Your Child To Play Airsoft

After considering the legal side of this, you’re still going t have to make a final decision on whether your child can play airsoft or not. Before that deal is sealed, you should understand the benefits they stand to gain by playing airsoft.

To ensure that your kids and everyone around them are as safe as they can be on the field, make sure you use this safety checklist if they will be playing airsoft.

Only having safety gear is insufficient. You must also learn and obey the laws of airsoft. If you want to leave the game or reload, raise your gun above your head and yell “I’m out!” so that the opposition is aware. Learn other typical signals to communicate with your team and the opposition. To avoid accidents, don’t engage at a distance less than 15 feet. If this is not possible with the space you have, use your guns with zero BBs and only yell “Bingo!” or “Bang, bang!” to indicate you have made a shot.

Airsoft could be an extraordinary experience for children. Your child can learn how to safely handle a gun while developing socially, physically, and mentally. Even though there are also some pitfalls in this sport as we have pointed out in this article, you now have a balanced perspective. With this valuable information, you can determine if your child should play airsoft at a young age or not.

If you have grasped all the information we’ve been giving in this article, you don’t need much else to go on this journey. The most important factor about the sport is to enjoy it positively while keeping safety at heart for the healthiest experience. Have fun and stay safe as you play out there! 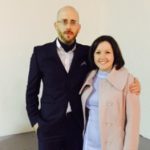